Research Proves You Can Reverse Aging with BBL Treatment 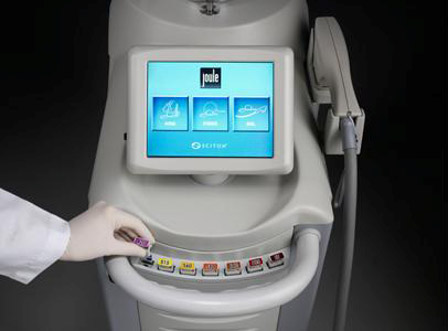 There are so many claims out there by laser companies about how their treatments can help people turn back time in terms of skin aging. How are doctors and their patients supposed to be able to navigate these various claims?

Breaking Down the Claims

The trouble is that most of these claims are hard to substantiate with real science. In addition, while some technologies can cause an improvement in the appearance of skin, it’s unclear whether anything deeper than just the appearance of younger skin is taking place. It’s like when a person puts on makeup to cover up skin imperfection–the skin isn’t necessarily being rejuvenated; it just looks rejuvenated. All the makeup is doing is camouflaging irregularities, while the underlying skin imperfections remain unchanged.

The same question can be asked of the many laser, light and energy treatments in the marketplace today: Are they actually improving the skin, or just creating the appearance of improved skin?

Some treatments give minimal to subtle results, while others can cause quite noticeable changes in a person’s skin. But is this similar to makeup? Are the changes simply superficial, without any long-term results? Or is there something deeper going on which can give both short-term improvement and long-term results at the same time?

Recent research performed at the Stanford University School of Medicine sheds some light on this subject. Thisresearch has shown that one specific treatment device, called BBL™ (Broad Based Light), can cause both short-term and long-term improvement. In addition, the research shows that the device causes changes in the actual DNA of the skin cells that makes them behave like younger cells.

Deoxyribonucleic Acid (DNA) is a molecule in our cells which lies in the center of the cell in a structure called the nucleus:

Our DNA is a record of instructions telling each cell what kind of cell it is going to be and how is should function.With age, our DNA becomes damaged by the environment and the general aging process. This aged DNA makes the cell perform less effectively and act as an “older” cell. 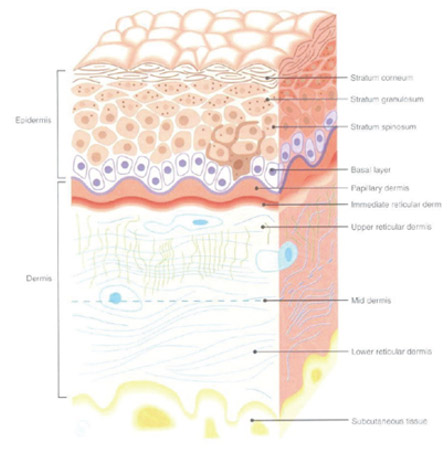 What makes the Stanford study truly ground breaking is that it showed that BBL™ treatments have little to no down time and were able to stimulate skin cells back to a younger state by rejuvenating the actual genes and genetic code in the cells themselves.

The study compared the skin of:

Small skin biopsies were obtained from all three groups and were then analyzed for their genetic components. Researchers looked at youthful skin at the genetic level for the markers which indicate younger skin cells. They then examined the aged skin treated with BBL™ and noticed that these cells, as compared to those not treated with BBL™, had ½ of their markers (1,000 genetic expressions) reverted back to the state of the younger skin cells. 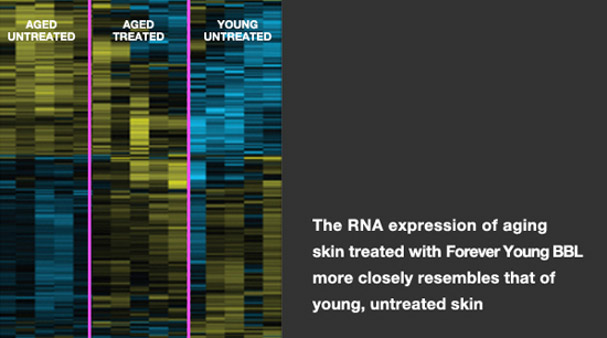 Doctors knew that BBL™ treatments caused improvement to the appearance of fine wrinkles, brown spots in the skin and red spots and vessels in the skin. But what we didn’t know was that beyond the surface improvement that was achieved, a deeper healing at the genetic level was occurring—and this means the tissue was trulybeing “rejuvenated”:

So with this treatment, not only are we getting quick results; we’re likely also getting long-term rejuvenation as well. All with a treatment that has:

Breakthroughs like this BBL™ study are always exciting because we are always striving for new ways to help patients achieve a long-lasting improvement to their appearance—not just the appearance of an improvement, but an actual, deep-seated change that literally reverses years of damage.